Restech (or sometimes called Dx-pH system) is a kind of pH monitoring that is used to measure the acidity of the throat and larynx area. It is typically used to help detect acid reflux and is arguably the most reliable test for detecting and diagnosing laryngopharyngeal reflux (LPR) also known as silent reflux.

What is Restech and Why it Matters?

Typically when we want to consider Restech it’s definitely apparent its similarity to the much more common pH monitoring test/s. Though there are clear and important differences between the 2 that make the Restech the much better option for people with LPR (symptoms).

Firstly let me talk about Restech and how it actually works. Basically a thin tube is put up the nose and down into the larynx (throat area). Over 24 hours this is left in while you go about your typical day. During these 24 hours the pH (acidity level) is measured in the larynx. The acid levels being higher than they are meant to be are often enough to show that reflux is occuring in the first place.

The problem can occur when the physician doesn’t know how to properly understand the information though.

The reason this can happen in the first place is that the Restech must be interpreted differently that the more conventional pH studies out there.

It’s important how the data is understood. With typical pH studies the drops in the graph which indicate increase in acidity in the throat and esophagus are a sign of regular acid reflux, whereas with LPR the peaks tend to be much fewer but last for longer periods of time.

There are also certain instances where someone refluxes a certain amount of times in the 24 hours and this is deemed not as reflux by some doctors because it didn’t pass the threshold of above a certain amount of instances in the 24 hours. Then you can sometimes be deemed to be hypersensitive for example which is completely wrong, this is especially important for people with LPR because their instances or occurrences that happen in 24 hours tend to be lower as I mentioned. The point here is you need to find a skilled doctor. Someone who is knowledgeable and experienced otherwise the data and information provided from the test could be misunderstood.

So overall there is a slight adjustment in how the information should be interpreted. Luckily though the new software that is used for the restech is much easier to understand so this becomes more and more useful as practitioners get used to the Restech.

What is a Normal pH in the Esophagus? (and example output)

A normal pH level in esophagus would be around a 7 pH score and in the larynx (throat) would be a 6.5 to 8 pH so anywhere in that range would be considered normal. Below you can see an example output of the information for a restech study.

What Makes The Restech Unique or Better Than The Other pH Tests?

Because LPR is typically caused by gaseous reflux the probes in these other tests simply are very unreliable and poor at detecting the gas. That’s because the sensors in them can dry out more easily and thus don’t detect the gaseous reflux much if at all making them really unreliable for testing for LPR.

That’s where the Restech pH probe study is different. It’s probe keeps hydrated because of its technology which allows for measuring both liquid and gas much more effectively and reliably. This is why Restech is the best test pH test for people with LPR.

Something Important to Understand about Restech

It’s important to know that the Restech test measures the acidity of the larynx. The problem with this and detecting LPR is that LPR is caused by pepsin not the acid (level).

If you didn’t know pepsin is a digestive enzyme that is produced in the stomach to help digest proteins. The problem with this pepsin is that once it enters the throat it causes irritation and inflammation etc.

So someone can have a output of a pH in the safe range for restech that doesn’t show any or very minimal signs of reflux and they still can be affected by the pepsin. This means the Restech can’t always be a guaranteed indicator of LPR, although it arguably is the best first initial test to indicate for LPR which the only other test in consideration being the Peptest.

What Happens If The Restech Shows LPR?

Let’s say you have the Restech and from the information you can clearly see that you have reflux and LPR. The main question to follow that is what is the optimal approach once you have figured that out.

This is where your doctor’s knowledge can make a big difference. The point of stating this is because lots of doctors simply are not offering the best advice for people with LPR.

Don’t get me wrong there are plenty of doctors out there who know exactly what to do and what advice to give but just know that they all aren’t as knowledgeable as each other.

The reason I feel it’s important to mention this is because a typical approach to having confirmed reflux via the res tech test would be to take PPI tablets like omeprazole or lansoprazole etc. Sometimes people will see a short term benefit when they start taking them though usually that benefit fades because PPIs lower the acidity but they don’t stop the pepsin so the effects of the pepsin bring back the symptoms over time. You can even check this study that shows PPIs are no more effective than placebo for LPR. I know you are thinking well then what is the alternative? Well I will talk about that in the next part.

So What Do I Do After I Know I Have LPR?

There are 2 things that will likely make a substantial difference if you are suffering from LPR. Number 1 thing being a low acid diet. Part of that logic is because of pepsin, when you have pepsin in the throat if you drink or eat something more acidic that reactivates the pepsin more and therefore induces and worsens symptoms. You can read more about how pepsin works here – LPR – Complete Guide.

In terms of diet advice for some people it will be just a matter of avoiding the trigger foods and for others they need a more rugged diet plan that is more deliberate. For tips when you get started check out – LPR diet and if you want a more in depth diet advice and guidance check out the diet plan I created for people with LPR – The Wipeout Diet Plan.

If after following the advice just mentioned above with no success you could opt for surgery. There are a selection of LPR surgery options available; one that is often talked about is Stretta.

What is a Restech Test?

Restech test is a pH test where the pH of the throat is measured over a period of 24 hours where the patient goes about their normal day. It is a particularly useful test for people testing for laryngopharyngeal reflux (LPR).

What is the Normal pH in your Esophagus?

The normal pH in your esophagus is usually close to a pH of 7.0. The same can be said for the larynx which is about 6.5 to 8 pH.

The esophageal pH monitoring test is typically not painful. There may be some minor or mild discomfort but not any pain.

Does LPR Come and Go? 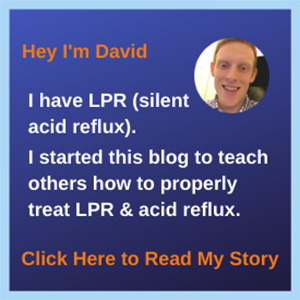 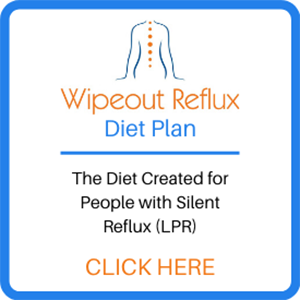