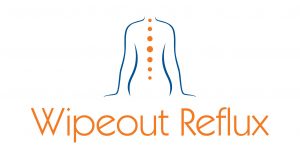 I know at first thought this may not make sense and for me when I was affected I was rightly confused myself. Let me explain how this happens in the first place.

Acid reflux can cause ear pain. How the acid gets into the ear is by refluxing up and into the throat. This is where it can enter the ear from a tube which connects the ear and the throat together called the eustachian tube. Once the acid enters the ear this is when ear pain can start.

Understanding How Acid Reflux Can Affect Your Ears

Whether you only suffer from minor acid reflux symptoms or have a more notable problem like GERD or LPR (silent reflux) each set of people can be affected. Out of the 3 sets of people the people with LPR are they most likely to be affected. If you didn’t know someone with LPR doesn’t have the typical reflux symptoms like heartburn but is most commonly affected by pain in their throat.

The notable difference between someone with the likes of GERD and LPR in this case is that typically someone who has minor acid reflux or GERD won’t experience throat symptoms and this is because the acid isn’t refluxing as far up as in the case with LPR. Whereas for someone with LPR it is a frequent occurrence to have acid reach up towards the throat and mouth area. The reason this is worth mentioning is because this is exactly the same area where the acid can enter the ears where it will arrogate and inflame them.

How this actually happens is due to the tube that connects the ear to the throat called the eustachian tube. When someone is having reflux that is entering their throat this can lead to said acid entering this eustachian tube which then of course connects directly to the inner ear. This acid then causes inflammation and irritation to the ear.

At this point you may be asking the question “how does that work?” because plenty of people can eat and drink acidic foods/drinks and they are not affected and that would be mostly true. While there are little studies done to cover this topic, it seems clear to me that is isn’t only the acid causing the damage to the middle ear but something that is contained within it called pepsin.

In fact there was one study which covered how pepsin effected the middle ear and there was a correlation to show the pepsin was affecting and damaging the inner ear caused by acid reflux – you can read the study here. If you didn’t know pepsin is a digestive enzyme that is produced in the stomach to help break down proteins. When it comes up with the acid it will basically try to digest anything in comes in contact with which includes your inner ears. The pepsin is the main reason a lot of people suffer from LPR and I believe someone who has LPR is more prone to being affected by ear ache caused by acid reflux than someone who has minor acid reflux or GERD.

Luckily if it is acid reflux causing your ear pain then you can treat that the same way as you would treat acid reflux. I personally would recommend following the same advice I recommend for treating LPR because the same advice that is applied to help their symptoms will also be the perfect guidance to prevent your ears being damaged by acid reflux and to allow for healing.

Secondly in terms of medicine I would recommend taking Gaviscon advance (UK version). In my article on Gaviscon advance you can read about why it is the most effective way to prevent acid reflux.

Ideally you want to only take the Gaviscon advance until things settle down, during that time you should be adjusting your diet to lower your acid intake with should stop your ears from becoming sore from acid damage ever again!

Can Acid Reflux Affect Your Hearing?

Yes, acid reflux can affect your hearing. How this happens is acid refluxes from the stomach and into the throat – this is where it can enter the tube that connects the throat and ears called the eustachian tube. The acid can then potentially enter the ear, and this is where problems can arise.

Can Acid Reflux Cause Sinus and Ear Problems?

What are the Symptoms of Silent Reflux?

Laryngopharyngeal Reflux which is sometimes called silent reflux is where acid refluxes up and into the throat where problems arise. Some of the most common symptoms are throat pain, throat burning, chronic cough, sinus issues, chronic mucus, ear problems and more. Read more about the symptoms here – silent reflux symptoms.

Sometimes the pain felt in your ear can also feel like jaw pain because of the location. In cases where it’s caused by acid reflux this would most likely be ear pain caused by the acid refluxing up and into the ears not actually jaw pain.

LPR Ear Pain One Side – One Side or Both?

More often than not when someone with LPR or silent reflux has problems with their ears it’s usually focused on only one side. This is much more common than both ears being affected at the same time though it is still possible both could be. 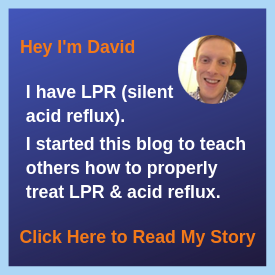 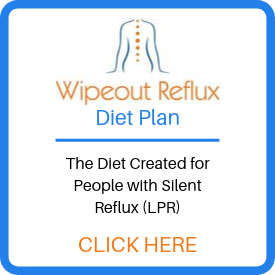